In case you have any questions about where I’ve been thus far professionally, please feel free to take a look over my CV.  There are many different smaller components of my professional life not listed here as well; please drop a line if you want the whole scoop. Thanks for your interest!

-Contributed to production of The Journal, a student-run and peer-reviewed publication

–Departmental Honors for both senior thesis and prior coursework in the Middlebury College History Department, conferred upon graduation

-Worked with the English Department chair to develop and implement a new humanities curriculum combining global history and literature into a single intensive course.

-Created an integrated United States History curriculum focusing on our nation’s cultural history, including more than 75 primary source materials drawn from American letters, and an equal number of paintings, photographs, and images.

-Instructed AP United States Government and Politics, receiving necessary certifications on syllabus and curriculum from the College Board.

-Independently taught American Studies, a full-year course meeting approximately 7 hours each week and examining American history and literature from 1492 to the present.

-Collaboratively instructed AP Language and Composition, assisting with study of rhetoric and literature.

Churchill Franklin, Chairman Emeritus of Middlebury College Board of Trustees (2009)

–Researched and chronicled the history of several 19th century Vermont barns that had been integrated into the modern structure of Bread Loaf View Farm, as well as the past owners of those barns and the land upon which the current complex stands.

-Interviewed local residents and utilized several local, state, and federal archives to comprehensively construct a narrative history of the land, culture, and people involved with the history of the barns.

-Annotated and transcribed audio and video recordings of speeches pertaining to the Chicago Freedom Movement, contributing preliminary steps toward publishing a collective work of remarks on the Movement.

–Frequently consulted with Professor Ralph on key concepts of the speeches as well as the issues and events that had influenced the speakers.

Master’s thesis, accepted September 2014. Currently under revision, with guidance and counsel of Professor Michael Chaney, for submission to the Journal of American History.

“You are White, and Have Given me to Understand that I am Black:” Identity Formation, Racial Projects, and Literatures of Race in the Progressive Era

Master’s independent study, awarded highest marks possible in November 2013, and undertaken with a syllabus of my own design.

The Verdict of 50,000,000: James A. Garfield’s Assassination in American Historical Memory

-Undertook a rigorous college course load while learning Hindi and living in New Delhi, best approximating the lifestyle of an Indian university student.

-Participated in all standard lectures, debates, and papers, immersing myself in the culture of a foreign university and writing term papers on questions in Mughal and Soviet history. 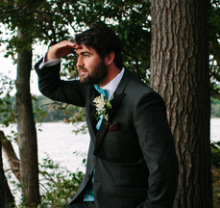